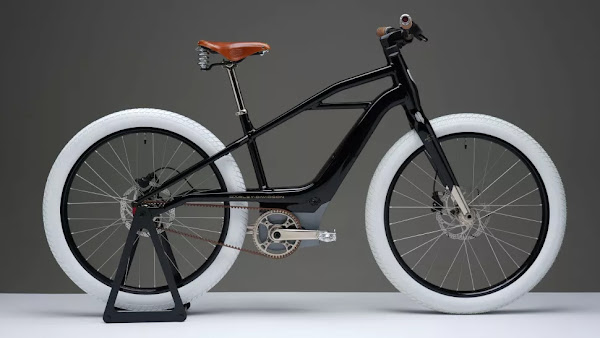 Introducing Serial1 eBicycles, Powered by HarleyDavidson .It’s been almost a year since we’ve last heard from Harley-Davidson’s nascent electric bike project, but based on what the company is announcing today, it may have been well worth the wait. Harley-Davidson unveiled a stunning new electric bike that it says will go on sale in March 2021. And the motorcycle manufacturer is also spinning out its e-bike division as a separate company called serial1 harley davidson

The new company, Serial 1 Cycle, is dedicated specifically to more conventional looking electric bikes, of the type that are legal to ride in many countries without a driver's licence. Its name is a reference to the oldest-known Harley, the Serial Number One, which was built in 1903.

Great steps are being taken to make the bikes as easy and intuitive to operate as possible, which includes key features like a mid-mounted motor with integrated battery, integrated lighting and internal brake lines and wiring

Electric bike sales in the US have been exploding since the start of the COVID-19 pandemic, though most e-bikes are imported from overseas. Last year, the US imported about 270,000 e-bikes. This year, the total is expected to end up somewhere between 500,000 and 600,000, according to Bloomberg citing data from the Light Electric Vehicle Association

Harley’s new company sprung out of the company’s skunk works Product Development Center, where a small group of “passionate motorcycle and bicycle enthusiasts” have been working on designing and developing an e-bike “worthy of the Harley-Davidson name,” Harley says.

Harley-Davidson wouldn’t offer up any specs, so we can only speculate on power levels, battery size, range, and price. Just based on the photos, Serial 1 has a mid-drive motor, a belt drive system (possibly a Gates Carbon system that is known to be long lasting), a frame-integrated battery, frame-integrated headlight and taillights, and a leather accents.